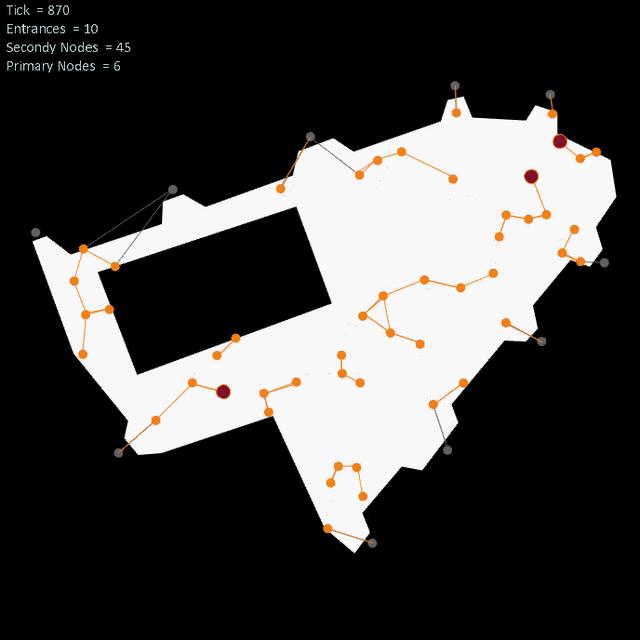 An early version of the node based stochastic search process scripted to generate rule based complex or informal street patterns within an urban block. The study of several urban blocks with informal urban fabric allowed for the distillation of rules controlling node types, numbers of intersections, search methods, various static and moving nodes attempting to find the specified allowable relationships. The experiment in its early form does not have a fitness function allowing it to resolve or fail based on the placement of intrusive programs within the block. (To come…)